Get fresh music recommendations delivered to your inbox every Friday.
We've updated our Terms of Use. You can review the changes here.

Hangin' Out with the Kid Who'd Eat Anything for a Dollar 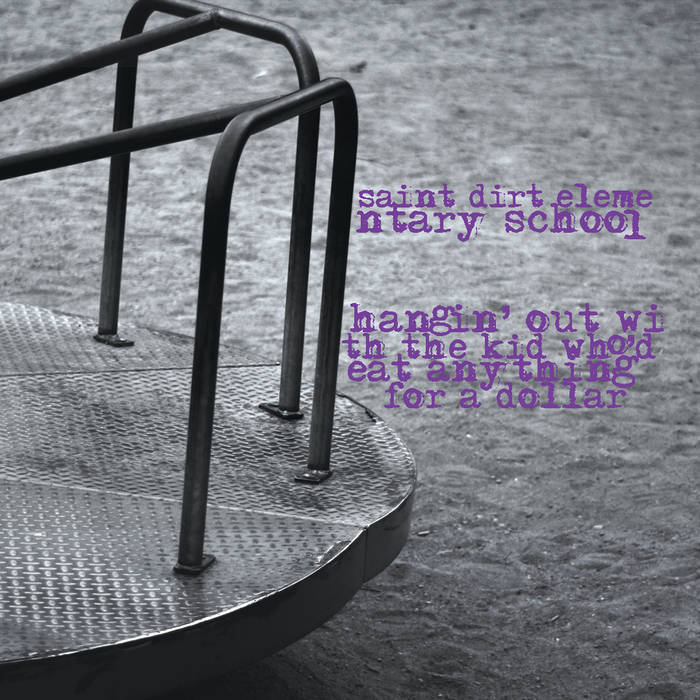 "The style recalls the Sun Ra Arkestra -- at once one of the most innovative groups and biggest practical jokes in jazz history -- with a dash of Henry Mancini's theme from The Pink Panther. A Freedman piece such as Dogs Are People Too sashays in like a burlesque version of a Thelonious Monk tune, but then Tania Gill's organ flips into the heliosphere and Ryan Driver starts blowing on pieces of balloon rubber between his thumbs and we're at the Star Wars cantina debating sock puppets with Liberace."

All of these compositions were written by Myk Freedman (SOCAN).

Doug Tielli recorded this music in February 2003 at the Arraymusic Studio in Toronto.

Joe Sorbara took the photo you see on the cover, which came into existence after he first made a great many album covers by hand. An example of the hand-made cover is included here as a "bonus item."

Oval Window Records came to life in the Southern Cross Lounge of the Tranzac Club in Toronto in 2003 when Joe Sorbara came to the decision that the music of Saint Dirt Elementary School, who were playing another brilliant set, needed to be documented.

The label continues to run on an almost-non-existent budget coupled with a good dose of hope.

There is more music to come. Thanks for listening. ... more

If you like Hangin' Out with the Kid Who'd Eat Anything for a Dollar, you may also like:

Bandcamp Daily  your guide to the world of Bandcamp